Throughout the Advent and Christmas seasons, the Women’s Ordination Conference invites you to use the Comprehensive Catholic Lectionary.

This unique resource aims to include every significant story about women in the Bible not included in the canonical Sunday lectionary, eliminate exclusive language for God and human beings, and to educate readers and communities to a spectrum of Biblical theologies.

Developed by women priests Jane Via and Nancy Corran, this resource evolved over a decade within the Mary Magdalene Apostle Catholic Community, where both women served as founding members and pastors. Read more about the project here.

This project affirms and empowers us to model radical equality and inclusion during this Holy season and throughout the year. I hope you join us on this liturgical journey.

Subsequent sections will be available via email throughout the liturgical year. 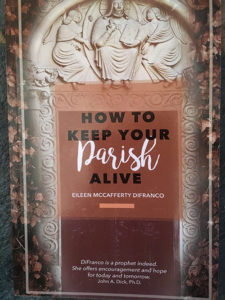 How to Keep Your Parish Alive

God’s Daughters is a documentary that features Diane Whalen and Kathleen Bellefeuille-Rice; both Roman Catholic Womenpriests and their community Holy Wisdom in Olympia Washington. The film follows Kathleen throughout her preparation for ordination and focuses on their ministry within the community. 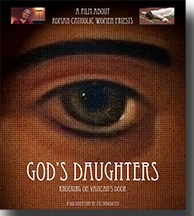 Luc Novovitch, the filmmaker, was granted complete access to film their daily lives and duties, resulting in a film presenting a human and unvarnished vision of the lives and struggles of these women who fight to be accepted as priests by the Vatican. Through their movement, they promote their vision and goal of establishing a renewed and an all-inclusive Roman Catholic Church.

Standing on the Shoulders

This slideshow features Roman Catholic Womenpriests who are standing on the shoulders of the ones who have come before them. It was originally created as a homily for the RCWP liturgy at the 2012 Call to Action Conference (A Liturgy for a Just World—Faith Rising in Action). Individual ministries of womenpriests are shown throughout the slideshow. It is through the support of many of you that allows womepriests to continue to fulfill their mission of renewal of the priesthood in the Roman Catholic Church. We are especially thankful for Fr Roy Bourgeois, Fr Bill Brennan, theologian Elizabeth Johnson and the many others who have risked so much to support the women’s ordination movement. We invite you to use this slideshow to facilitate discussion and reflection with small groups with whom you gather. Special thanks to Earth Mama (Joyce Rouse) for the use of her song “Standing on the Shoulders”. 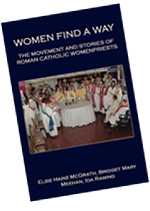 Our new book, Women Find A Way, can now be ordered at: Virtual Bookworm 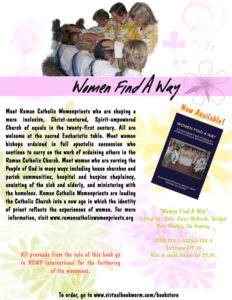 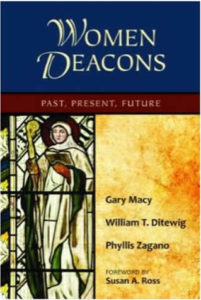 The tremendous growth of the permanent order of deacon in the Church carries with it lingering questions about women deacons. The Church s evident need for more women in ministry demands careful exploration and evaluation of the historical roots, contemporary ecclesial realities, and creative future possibilities for including women in the diaconate. In these three essays, originally written for this volume, Professors Macy, Ditewig and Zagano evaluate the question of women deacons from the historical, contemporary, and future perspectives in conversation with one another and with the whole Church. The result is essential reading for anyone interested in the nature and exercise of diaconate in the contemporary Catholic Church.

Pink Smoke Over the Vatican 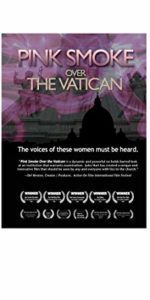 Pink Smoke Over the Vatican chronicles the difficult journey of women ordained as Catholic priests beginning with the early history of the church, to the seven women ordained on the Danube River in 2002, and provides a glimpse into the ministries of the courageous women ordained in Europe and North America over the last eight years.

“Nearly 100 women have been ordained or are in training to be ordained through the Roman Catholic Women Priests movement, vividly documented in Jules Hart’s award-winning film, “Pink Smoke Over the Vatican.” Angela Bonavoglia, Huffington Post

“Scenes from the… ordinations… provide a visual richness… The personal stories and observations of the women priests are moving… [The film] captures the reason all these women choose ordination as women priests but do not leave the Church.” Marjorie Reiley Maguire, National Catholic Reporter

“One of the most thrilling moments of the first national Association for the Study of Women and Theology conference was the world premiere of the documentary… At the end of the showing, the audience rose to its feet in a surge of loud approval.” Patricia Monaghan, Ph.D., ASWT

Pink Smoke Over the Vatican may be purchased online through amazon.com

Ordained: I Have Chosen You 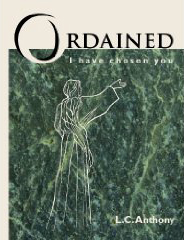 Joan Chittister says this about this new novel: “The author’s Ordained does what no one else has been able to do: It introduces into the center of the Church a conversation about the obstacles, the process and the social nerve endings touched by ordaining a woman to the priesthood. Most of all, it presents us with the theological conundrum that comes when a Eucharistic community stands on the brink of losing the Eucharist, despite the presence of willing ministers. And it does it all in the most non-threatening form possible, a novel. Ordained is a book that raises the questions we need to discuss, not deny, not ignore, not repress if we are really going to be church.”

“Taking Back God: American Women Rising Up for Religious Equality

In this book, Leora Tanenbaum tells the stories of religious Christian, Jewish and Muslim women who are “declaring that they expect to be treated as equals in their religious spheres”. This book refers to Roman Catholic Womenpriests as Catholic reformers in an interesting chapter entitled “Catholic Women vs. the Vatican”.

The Hidden History of Women’s Ordination:

Female Clergy in the Medieval West

This is a must read!— One of the most comprehensive and scholarly surveys of the history of women’s ordinations in the Roman Catholic Church—a very thorough study with over 130 pages of notes and cited bibliography.

Called: Women Hear the Voice of the Divine

Called: Women Hear the Voice of the Divine provides a brief background and history of ordination within the Catholic Church and tells the stories of the brave women who have been called to priesthood and who have followed the voice of that calling. 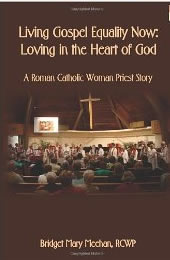 This moving book gives voice to the poor and illuminates ministry with people who are facing poverty, homelessness, systemic oppression, and a host of life’s challenges. Interwoven are the poignant stories of the people and the author’s reflections on the Church in the Park and the Church in the House ministry. Asserting that Good News for the poor must include being poor no more, it tells a story of hope in the midst of profound struggle. It begins and ends with the theology of the poor as informed by the Gospels, the people themselve, and relevant theologies. It is church emerging fully alive from the ashes of dying institutional churches that fail to make church with the poor and outcast even while they may provide alms and food for them. You will not put down this inspiring account of ministry, faith and love.

A Church of Her Own: What Happens When A Woman Takes the Pulpit
by Sarah Sentilles (Harcourt, Inc. 2008)
What happens when a woman gets ordained? This book deals with stories of several women in different Protestant denominations and the resistances that they have to deal with as they meet the daily challenges of being ordained ministers. There are several interesting chapters dealing with: Clothing, Sex, Inclusive Language, the Body etc. It also features Victoria Rue (RCWP womenpriest) and her journey to ordination. This book while not nearly as scholarly as Macy’s is a quick read and offers some humor regarding some of the challenges that face ordained women.

A History of Women and Ordination: Volume 2: The Priestly Office of Women: God’s Gift to a Renewed Church
by Ida Raming

Ordained Women in the Early Church: A Documentary History
by Kevin Madigan and Carolyn Osiek

Women In Christianity
by Hans Kung and John S. Bowden